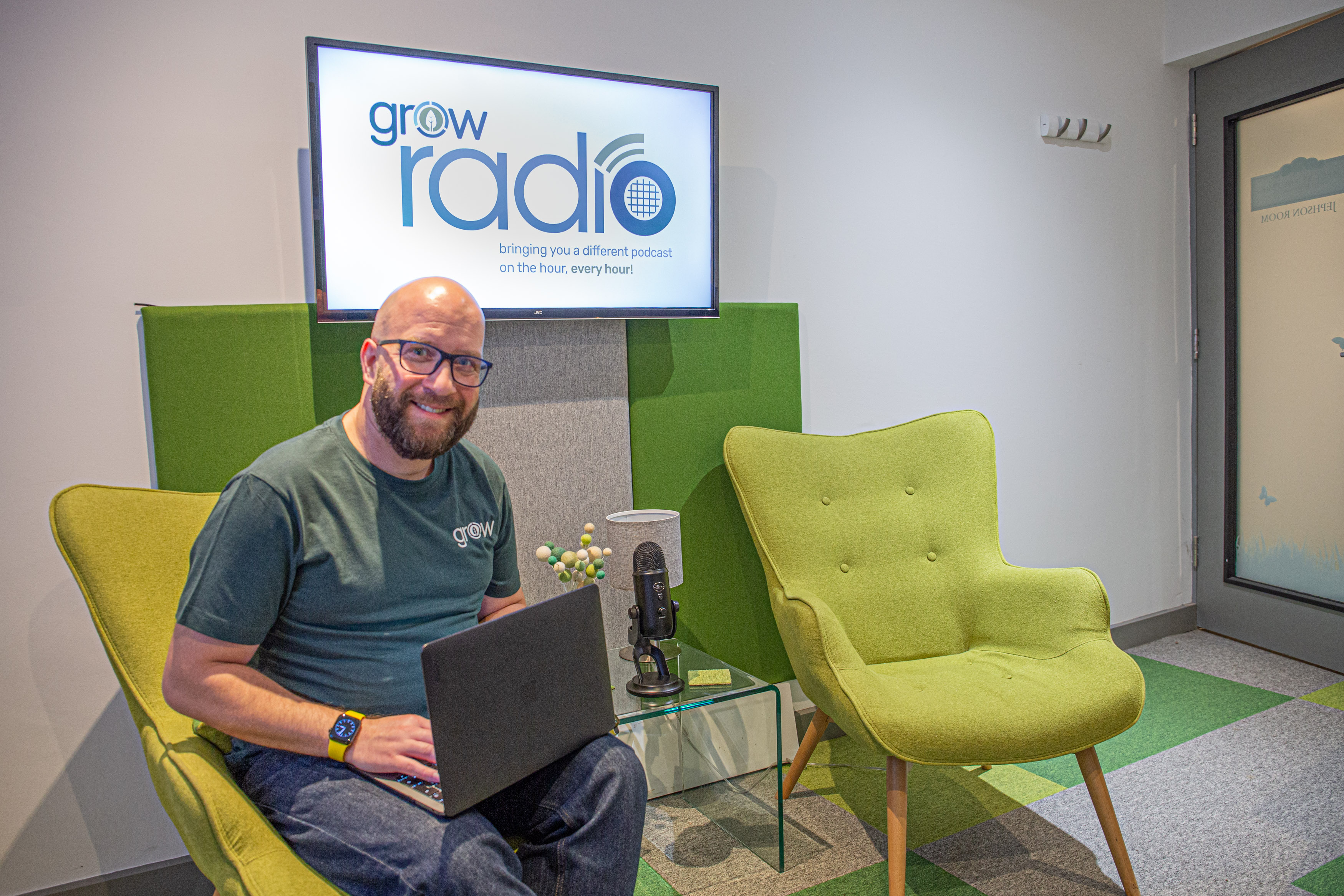 A Leamington man’s long-held ambition to launch a new community radio station dedicated to podcasters, has taken to the airwaves.

Gary Jones dreamed of one day running his own station ever since first entering local amateur broadcasting eight years ago.

Now, through his new GROW Radio enterprise, he has not only realised that dream – but pledges to make podcasting and broadcasting accessible – and affordable – to all.

He also helps fellow podcasters edit and produce their programmes as well as hosting podcasting training sessions and workshops.

Gary explained: “GROW Radio is for the people I talk to day-to-day who want to get into podcasting but don’t know where to start. It’s both for those who want to get themselves or their cause noticed on other people’s shows and for those with their own shows who want to showcase it a bit more or repurpose their existing content.

“Its sole purpose is to let the independent podcaster tell their story. Every person can inspire and change lives through storytelling and podcasting.”

Gary, 39, whose background is in retail, first fell in love with broadcasting when he was given the opportunity to present a weekly show on Radio Warwickshire in 2015.  He claims the pandemic has since prompted a spike in popularity of podcasts.

“The lockdown brought about a huge increase in podcast listeners. We found out that most people who launched a podcast during lockdown have continued it on since. Now more and more people are asking how they can get involved in them,” he said.

Now, ambitious for the future of his own station – and despite it being only a few weeks old – the entrpreneur has already attracted podcast partners across the world, including USA, Canada and Finland. Listeners can listen to free live or on demand shows on a host of subjects from business advice through to Christianity and Mindfulness.

GROW Radio membership is just £50 for the year which gives access to unlimited airtime, a dedicated website and inclusion in a Podcast Directory, with free membership for charities and community projects.

Longer term ambitions for expansion include the creation of GROW radio hubs, offering broadcasting and podcast training facilities, throughout the UK and eventually abroad, as well as focusing on making the business carbon-negative.

Gary added: “I am proud to see the project finally up and running but what I am most proud of is the fact that this affords other people the opportunity to have their own podcasts on a radio station. It’s all about building a thriving podcast community.

“GROW Radio is searching for the nation’s next audio influencers If you are passionate about a subject and are interested in starting a podcast, GROW Radio is here for you.”

Further information is available at: https://growradio.uk/ or Gary can be contacted directly at: gary@growradio.uk